For Lesbian Visibility Week here’s the first of two articles in which supporters of the Labour Women’s Declaration share their personal experiences of being a lesbian on the Left.
The last thing on earth I was going to do was become a member of the Labour Party. They weren’t nearly radical enough for me.
I came out as a lesbian in the early 1970s and was part of one of the first Gay Liberation Front groups in the UK, spending exciting evenings thrashing out political theory. It was so new – things we now take for granted were revolutionary and challenging ideas then.
My main focus gradually shifted from GLF to women-only groups. My political roots were absolutely in feminism – what we now have to call second-wave feminism, to distinguish it from the individualistic and apolitical version that passes for 21stcentury feminism. But I voted Labour.

And so life went on. What was a lesbian community here dwindled as women moved away, but I was in close touch with lesbian feminists I’d known for decades, as well as locally. Then in 2010, the Conservative Party and Liberal Democrats formed a coalition whose policies became more and more shocking and disturbing. I kept discussing with a long-term Labour friend about whether I should join Labour, but there was so much against it (she agreed). I even joined the Greens – very briefly, because the moment I tried to link up to the lesbian and gay grouping (inevitably “LGBTQI”), and posted something about women (differentiating women from transwomen) on a forum, I was termed a ‘terf’ and informed by the Equality spokesperson that my views were not those of the Greens. It was obvious that the Green Party was not the place for me.
This was in 2015. The Tories gained a majority at the election, but wonder of wonders, it looked seriously possible that a left-wing leader might get voted in for Labour. I joined. To my amazement, I discovered that two other lesbian friends joined at much the same time and for the same reasons – that things were desperate, we needed the Labour Party to get into government and reverse the sheer ghastliness of what was happening to the country.
We thought Labour understood about women’s sex-based rights. It turned out that the Labour Party had forgotten what a woman actually is. All Women Shortlists were explicitly opened to any man who ‘identified as a woman’. I brought a motion to my CLP asking Labour to pause and listen to women’s organisations before confirming this decision. At this point I discovered that most members of my CLP believed that transwomen are women. I was in a Party that thought lesbians should be attracted, not to the same sex (the very definition of ‘lesbian’) but to those of the ‘same gender’.
Naively, when I’d joined, I’d imagined that young people, not least young lesbians, would want to get involved in the dynamic and radical Labour Party I thought I’d glimpsed. It turns out, it’s yet another dangerous place for young lesbians, where they’re expected to believe that a man who claims to be a woman can be a lesbian, someone who they should accept as a prospective sexual partner, being of the same ‘gender’.
But I’m in the Party now, so I’m staying unless I’m expelled. I’ve met many other women (especially in the Labour Women’s Declaration working group, where lesbians are well-supported) as committed to women’s rights as I am, as keen as I am to see a government which can reverse the punishments inflicted on so many by this Tory government. My place is with them, as a woman, as a lesbian, working in the hope of establishing a Labour government with effective policies – and a renewed understanding of women’s sex-based rights. To be visible as a lesbian needs more than a day or a week of ‘visibility’. It needs a government and society-wide understanding of the reality of discrimination against women, and women’s material disadvantages – and a wish to change that for all women. 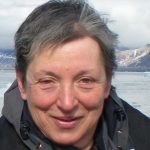