Skip to content
The policy-forming Labour Party Women’s Conference and the formation of a new National Women’s Committee have been achieved by the hard work of Labour women who have championed the cause of women’s rights and representation within the party; Labour women who know the value of women’s participation and organisation for the Labour movement. The Labour Party implemented all-women shortlists aiming towards 50/50 representation of the sexes – but without a strong women’s organisation behind them we cannot expect our representatives to advocate for our collective needs and betterment. There are still many obstacles in the way of women’s participation. The route to candidacy to the women’s committee has highlighted areas that need to be improved for women who are attempting to link up and prepare for Women’s Conference this year. For independent candidates, the avenues for campaigning are restrictive, and they are told by the party that they must rely on their own networks in order to promote their message and find support. These prohibiting factors will be among the features of the National Women’s Organisation that the Women’s Committee will need to work at improving when formed.
We at Labour Women’s Declaration are hosting four independent candidates. Morgan Fackrell, Jennifer Smith, Claudia Sorin and Ruth Woodhall are all signatories to the Labour Women’s Declaration and are actively engaged within the Labour Party. The four women have ideas of their own about what is needed to improve women’s organising and amplify women’s voices within the party.
To hear from them, please register for our public zoom meeting on Sunday 13 June at 4 pm to have the chance to put your questions to them. We encourage you to invite delegates to Women’s Conference to hear what these four candidates have to offer as NWC contenders.
At a time when the matter of democratic decision making within the party is being put up for debate, we need to make certain that the women we elect have a firm understanding of what participatory politics means in order to better the lives of all women in 2021 and beyond. This means improving transparency, accountability and channels of communication for women at all levels within the Labour Party. 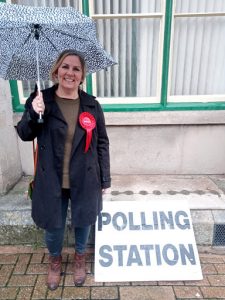 Since joining the Labour Party eight years ago I have played an active part both at branch and CLP and as a campaigner on local and national issues around the NHS, schools and SEND, and housing. I bring a wealth of campaigning experience having been the parliamentary candidate for West Dorset in 2019. I’m proud to be active in my union as a health and safety rep, supporting colleagues day to day and throughout the pandemic. As a member of the National Women’s Committee I will bring greater transparency and more opportunities for women to be involved in the party at every level. I will introduce strong and consistent democratic processes for internal policymaking and elections. Most importantly, I will stand up for women’s rights and for our sex-based protections to be maintained in accordance with the Equality Act 2010. Campaign website 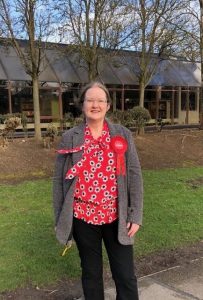 As a CLP women’s rep, I will work with the other reps to ensure that the National Women’s Organisation fully engages and represents women at constituency level and that we are capable of running popular national and local campaigns for women. I want to use my professional experience of running women’s peer-training to help you to set up, develop, and network your women’s branch, and increase women members’ confidence, participation, public profiles, technical and political knowledge and skills.
In our branches we can diffuse knowledge (and techniques) to challenge sexism and support each other to break free of all stereotypes that lead to sacrificing women’s specific needs to appease some ‘greater good’. I want to ensure women are enabled to write motions that reflect needs in their constituencies and take an active part in policy making in the party and in public consultations, to develop the society women want and that serves our interests as a class.
In the first two years of the NWO, establishing an effective, resilient, and mutually supportive base in the women’s branches will be absolutely vital to achieving our long-term aims. I am already helping women in several CLPs to establish their branches, network, and take part fully in this year’s Women’s Conference. Vote for me and building this type of lively, local participation across the country will be my focus for the next two years. I pledge to be available to listen before and to report back after every committee meeting. Campaign website 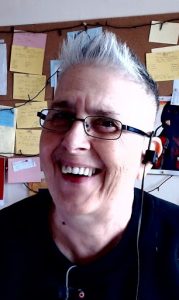 I’ve been a community activist most of my adult life. For the best part of the last 25 years, I’ve led organisations delivering frontline services addressing issues including social justice and equality, poverty, homelessness and violence against women and girls. I want to see a much bigger, strong, vibrant and loud women’s democratic network within the Labour party. I am a lesbian feminist and unapologetic about saying we have not achieved any of the stated goals of the women’s liberation movement of the 60s-70s and that is a sad indictment of all western democracies. Campaign website 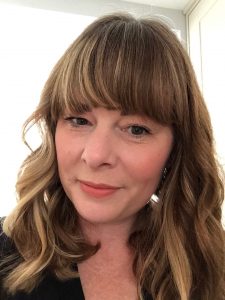 I have been an active Labour Party member for seven years, holding various roles in my constituency including women’s officer and organiser in Bury. On a local level, I have overcome several barriers to organising women in the party, from training and supporting local candidates to organising campaigning, meetings, and supporting local women outside of the party. The party is taking a step in the right direction by setting up the National Women’s Committee and as a CLP representative on the committee I will bring my experience to ensure the party better enables women to organise and communicate. Before setting up my own business, I worked for several years in and alongside local and national government to form policy and ensure delivery in the field of energy and fuel poverty. I will use all my expertise to ensure the new national women’s committee builds a strong central set of priorities to enable more Labour women to gain and sustain a voice in the party. The key to grassroots participation is through the new women’s branches and women’s officer structure, which I will prioritise – building formal networking and training to allow women to build local and regional contacts, organise on policy development and support each other within the party. Campaign website
Share this...